Next to a picturesque village green in a typically English cricket-playing village setting, the Cricketers Arms dates from the 16th century. It has a large iron-stove open fireplace, with long string of conkers hanging next to it, and wooden block floors with brick walls. There is a large old Whitbread brewery sign on the outside of the pub. 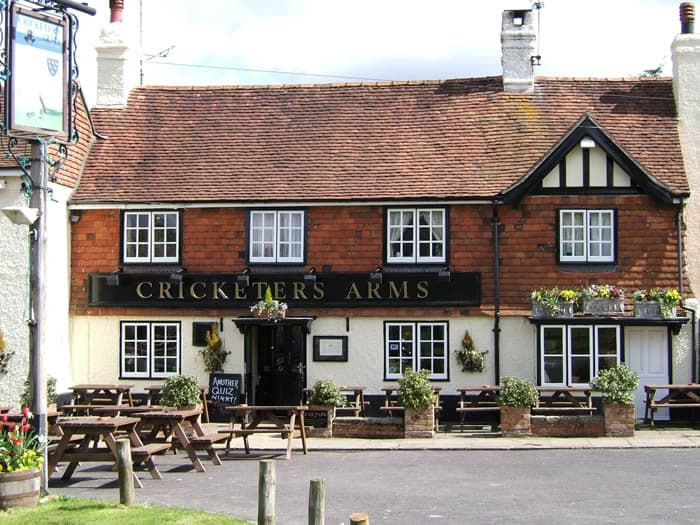 Other pubs near here

Kirdford and the Foresters Arms and Half Moon Inn. Also, try the Onslow Arms at Loxwood.