The Pub: A Cultural Institution

This charming collection of 300 pubs explores what makes each one ooze atmosphere, be it food, people, architecture, location or décor, and looks at the quirks of local history as well as different trends and types of pub.

» The Pub: A Cultural Institution

The King's Arms is a free house pub that's at least 350 years old (the building is Grade II listed). It was a King and Barnes pub (the brewery tap) and subsequently part of the Hall and Woodhouse pub estate. It became a free house in late 2017 and was refurbished in early 2018 with a re-opening on 2nd March.

The pub has five hand pumps and sells several local ales including, when I visited, beers from Chapeau Brewing, Welton's and Dark Star Brewery. Update: Brolly Brewing have their Bishop's Pric ale at the pub.

There are two oak-beamed bar areas with stone floors. And a wood-burning stove that makes it very cosy in the winter. 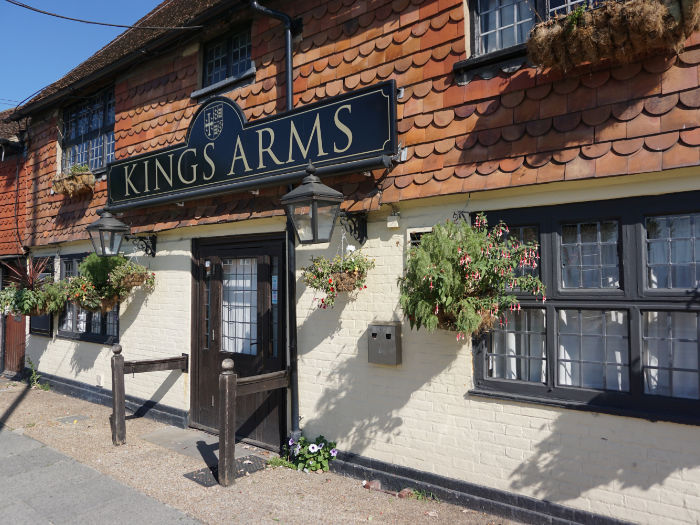