The Pub: A Cultural Institution

This charming collection of 300 pubs explores what makes each one ooze atmosphere, be it food, people, architecture, location or décor, and looks at the quirks of local history as well as different trends and types of pub.

» The Pub: A Cultural Institution

Visit to Dark Star for Spin Up in a Brewery

It's a Bank Holiday weekend and on Saturday I visited Dark Star Brewery in Partridge Green for their Spin Up in a Brewery event. For the uninitiated, this is a cycling, beer, BBQ and brewery trip rolled into one!

I bought tickets a while back so some friends and I decided to cycle to the brewery from Horsham using a slightly circuitous route via Warnham, Barns Green, Dragon's Green (no stopping at the George and Dragon unfortunately), Dial Post, Lodge Lane and then Partridge Green on our mountain bikes. The return trip was slightly shorter, along the Downs Link to Copsale, then Sedgwick Lane and back to Horsham. In total, we covered 30 miles for the return trip.

We spent a very enjoyable sunny afternoon at Dark Star who had a BBQ and several stalls selling beer and cycling gear and bikes, for example  from Kinesis and Morvelo, in the brewery yard and roller racing (cycling on rollers against the clock) and another beer stall inside the brewery. It was a great event and an opportunity to try a few Dark Star ales, including American Pale Ale (very hoppy) and Hophead Bitter (not quite so hoppy but a good "session beer").

One of the highlights of the day was buying beer from this beer bike (made and staffed by Beer Biker and Beer Babe).

All in all, I really enjoyed the day. I'll be heading back to the Dark Star brewery shop to buy some beer and cycling gear in the near future!

There were quite a few people at the event... 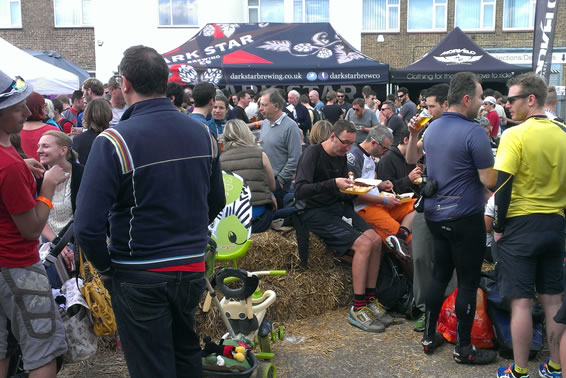 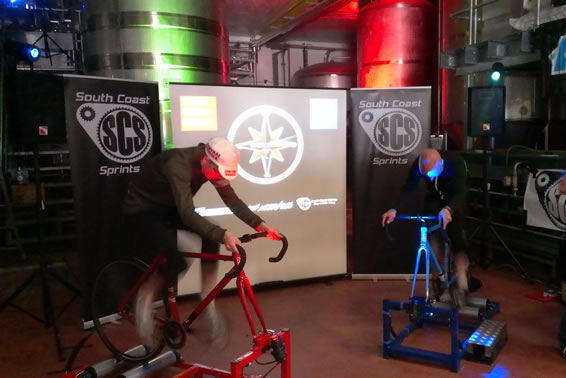