The Anchor Tap is an independent pub that was originally owned by Dark Star Brewery. It's a small pub but perfectly formed. The pub was previously a coffee shop and it was completely refurbished with new bar, flooring, and beer board amongst the additions. The pub opened in early 2016. It's a fantastic addition to the town's pubs.

Update 2021: The pub has changed ownership. It's now owned by the landlord of the Malt Shovel.

There are six beers on hand pump and ten keg beers. They include beers from many Sussex breweries .... and a well-stocked refrigerator with some unusual bottled ales.

The pub serves a range of bar snacks but this is a drinking pub and there isn't any dining. Plenty of restaurants nearby though.

See Also: A Couple of Pints at the Anchor Tap 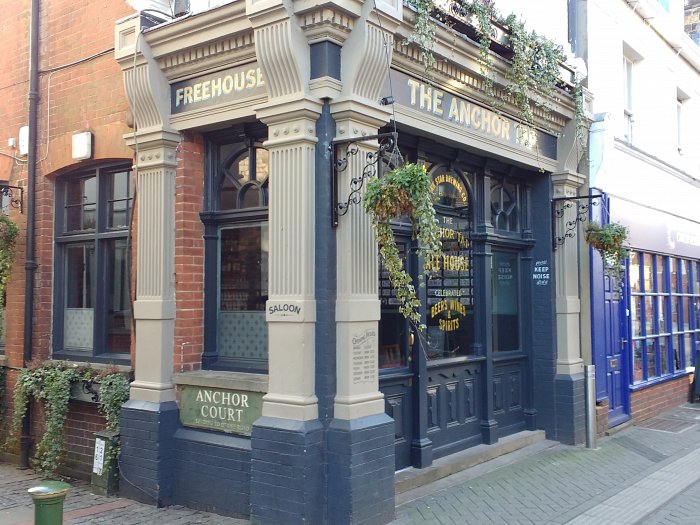